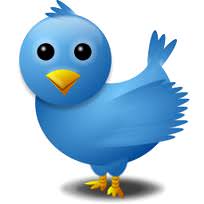 So you’re on Twitter and you got some followers, now what? After you buy Twitter followers  or Instagram followers from us, it’s time to start tweeting. But are you doing it correctly? Despite what you might think, there is a process to Twitter and just like every other social media network, there is also an etiquette to follow. These (sometimes unspoken) rules are very important to building a following that appreciates and respects you, and that want to remain in your network. Breaking these rules will turn people off and probably get you un-followed.

Here are 5 tips on Twitter etiquette that you need to be aware of:

2. Don’t spam: The tricky part about this rule is that many people don’t realize when they are being spammy. Posting too often, posting needless posts like “I’m in the bathroom” or auto-tweeting from a 24/7 feed somewhere else on the Internet are all likely to be seen as spam.

3. Have an accurate bio: Your bio should reflect who you are and what you’re about. Your tweets should reflect that bio. Misrepresentation will cause people to feel duped when they follow an account they think is about one thing, only to have your tweets be about something else. Keep it simple and keep it clear for them by creating and posting an accurate bio for yourself. Remember that on Twitter, the only thing you have to go on when following someone is their bio unless you also know them from outside of Twitter.

4. Don’t tweet like a bot: This also falls under the spam category but sometimes Twitter accounts look like a bot without meaning to. Sending the exact same tweet to many people in a row, endlessly tweeting constantly without any personal posts or running an automated feed are all ways to make your account look like a bot. Take some time to reply back to people, ask questions and engage.

5. Don’t steal tweets or info: I know it sounds crazy to some; how do you steal a tweet anyway? But there are people who go around Twitter looking for popular or witty tweets and then copy and paste them to their own accounts as if they were theirs. Not only is this rude, but it could violate rules of the site and get you banned. If you like someone’s post so much you want to share it with your own followers, do it the right way- as a retweet.

Here are a few tips on Twitter etiquette. Do you have more you want to add?